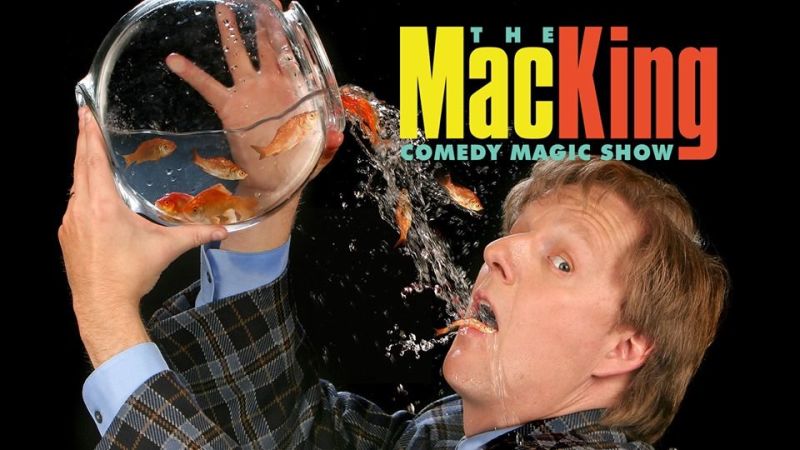 Mac King is one of the most talented and funniest
magicians in the world.  He is a fellow Kentuckian
and I met him and his teen age running buddy,
Master Magician Lance Burton when we are teenagers,
and all members of the International Brotherhood
of Magicians in Kentucky.

Thanks to his easy going, childlike manner, King finds plenty of audience members willing to join him on stage. (An interesting note: Mac met his wife of almost 20 years when she was an audience volunteer.) With his friendly demeanor, King doesn’t embarrass his “assistants” and appears surprised and bewilderment when tricks work.

IF YOU HAVEN’T SEEN MAC KINGS GUINE PIG ROUTINE, IT IS A MUST SEE!


King is as adept at sleight-of-hand magic as he is with larger illusions. We won’t spoil the surprises by describing all the illusions but we will say that Mac King could do for Fig Newtons what Steven Spielberg’s ET did for Reese’s Pieces candy. The well-known cookies make frequent appearances and disappearances in the pockets of his plaid suit and other unlikely places. One of the reasons for King’s success and popularity may be that he, along with the audience, has fun with it all. Another reason is because, he makes it all look so easy.

MAC IS ONE OF THE BUSIEST COMEDY
MAGICIANS IN THE WORLD 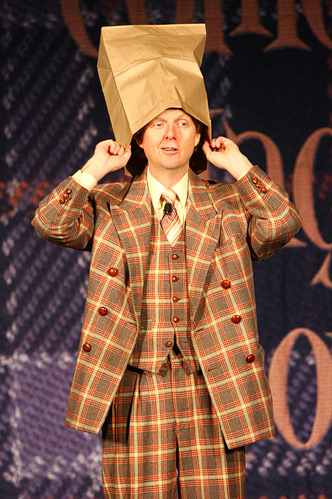 In the last 11 years Mac King has performed an incredible 5,720 shows to more than one million audience members at the main showroom at Harrah’s Las Vegas.

How did Mac Become a Magician?

Mac King’s successful career in magic comes as no surprise for those that
knew him when he was a teenager.  He and Lance Burton were best friends
and they both, ate, slept, and breathed the art of magic,  24-7.

King grew up in Western Kentucky  around two grandfathers who were
magicians, and gained an interest in magic at an early age when he
checked out a book on magic in his school library. As a child, like many
of us, he he would perform magic shows for his family and friends, and
by age 10 he had his first paid show at a friend’s birthday party.

While studying for dual degrees in Magic and Anthropology from
Macalester College in St. Paul, Minn., King spent his summer vacations
performing in a two-person magic act with fellow Kentucky magician
Lance Burton at a tourist trap in Eastern Kentucky called Tomestone
Junction.

They did 3 shows a day, 7 days a week and both mastered their
craft.

In 1981 Mac graduated college and then King took his show on the road
where he eventually headlined at every major comedy club in the United
States.

While filming these shows at Caesars Palace in Las Vegas, he caught
the attention of many local bookers for casino showrooms. Soon after,
King began to appear in local shows such as: “Spellbound” at Harrah’s
Las Vegas, “The Great Radio City Music Hall Spectacular” at The
Flamingo, “Splash!” at the Riviera, and with comedian Rita Rudner at
The Desert Inn. In 2000,

King took the stage at Harrah’s Las Vegas, where he now performs
“The Mac King Comedy Magic Show” twice daily, Tuesday through
Saturday at 1 and 3 p.m.

In 2004 King, who was born and raised in Kentucky, partnered with
KFC to create the KFC Mac King Kids Laptop Pack® – a customizable
kids meal featuring “Magic In a Minute.” During the fall months of
August through October 2004 KFC sold nine million KFC Mac King
Laptop Packs nationwide.

In June of 2004, King expanded his brand and launched
“Magic In a Minute” – a Sunday comic strip that runs in major national
newspapers – alongside illustrator Bill King. The success of the comic
strip led to the Magic in a Minute™ line of products for amateur magicians
with the introduction of Mac King’s Trunk-O-Tricks™ and Book-O-Magic™. 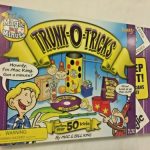 You can still find this Mac King Trunk of Tricks from time to time on Ebay
CLICK HERE.

Continuing his bookstore endeavors, Mac King recently released his latest
book Mac King’s Campfire Magic™ in March 2010 followed by a
supplemental iPhone App in June of 2010. Later that year, King released his
latest magic kit, Lunchbox-O-Magic™, a real lunchbox containing more than
50 funny and easy-to-do magic tricks that will make your kid a lunchroom
superstar. These products are sold in major box retailers nationwide and
online at his magic shop.

Now in his 12th year of headlining afternoons at Harrah’s Las Vegas, Mac
King has been consistently lauded throughout his impressive run, including
“Best Strip headliner” in the 2011 Las Vegas Weekly Awards. King’s awards
and accolades also include “Funniest Act in Magic

Today” by Magic Magazine in 2008, “Best Comedy Magician” 2007 World
Magic Awards, and “Magician of the Year” in 2004 by the world-famous
Magic Castle, Home of the Academy of Magical Arts. King, who is a Louisville
Kentucky native, served as “Grand Magician” in the 2007 Kentucky Derby
alongside Grand Marshall Mickey Mouse – as The Sorcerer’s Apprentice.

In addition to being the only magician to appear on all five episodes of NBC’s
“World’s Greatest Magic,” King has made numerous television appearances
including a featured performance as part of “Magic Week” on “The Late Show
with David Letterman.” King’s other credits include:

“The Mad Men of Comedy Magic,”

The “Donny and Marie Show,”

“The Greatest Magic Tricks In the Universe…Ever,”

King has also made several high profile appearances including:
The Magic Castle, home of the Academy of Magical Arts, The Luminato
Festival “Masters of Magic” series in Toronto, Canada, and Gilda’s Laugh
Fest, honoring the late Gilda Radner.

For years, King has been an avid supporter of literacy programs for
young students, dedicating his personal time at local schools to
discuss the importance of reading and showcase magic.

Mac King is just a good dude, and one of the funniest, skilled,  comedy
magicians on the planet.