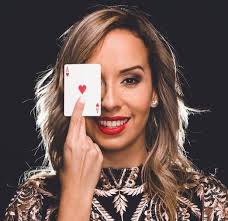 The magic profession definitely needs more Women magicians. Dania
Diaz has made her American deput on America's got talent. She
displayed some nifty sleight of hand, but told a story that touch
the judges and the Audience deeply.

Dania Diaz in 31 years old from Venzula. Hometown. Her AGT ack shared
her life story to this place and time. She displayed yet even more
evidence that the modern magician doesn't need to focus on
"performing" but learn how to be authentic and communicate and
entertain.

More modern day magicians are displaying evidence of high EQ and it
is doing well for themselves and the art of magic.

Dania Díaz is a female magician born and raised in Venezuela. After
moving to Spain. Her perseverance and talent led her to win multiple
magic awards, including a national magic award in Spain and the Latin
American Award of Magic. In 2018, she appeared on "Spain's Got Talent,"
where she received a double Golden Buzzer and made it to the Finals.

It will be interesting to see how far she can go on Americas
Got Talent the Champions. 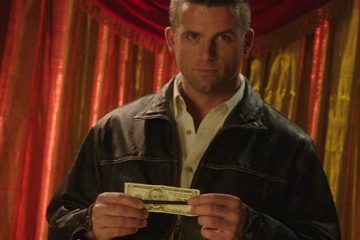