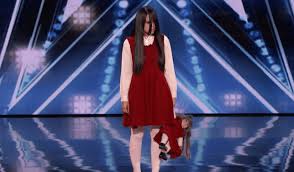 Who is The Sacred Riana? Marie Antoinette Riana Graharani, actually won Asia’s Got Talent in 2017,. The Sacred Riana is 27-year-old a mentalist and magician from Indonesia who specializes in creepy and theatrical sleight of hand.

The Sacred Riana is the daughter of a magician, and she initially found fame as a contestant in the Indonesian talent show called The Next Mentalist. Her time on Asia’s Got Talent earned her even more attention, and her USA audition has amassed over 650 million views on YouTube, which we will share with you on this page. 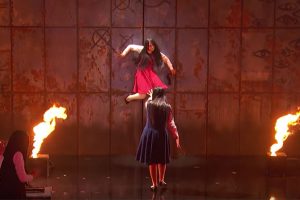 Sacred Riana also competed on America’s Got Talent in 2018, however she did not win, instead she made it to the quarter-finals. She scared the living daylights out of Amanda Holden, and
every judge and audience she gets in front of.

The Amazing Riana has a unique &  distinctive style on stage – long-sleeves, a pinafore dress and white tights – comes complete with a Riani doll. She rarely speaks unless she’s on stage, and doesn’t often break character, however she has occasionally made TV appearances as herself on various Indonesian talk shows.  I have looked for an English interview, but haven’t found one yet.

AGT has a  tradition for eliminated contestants on “America’s Got Talent” to thank the fans for their support, but ghost magician Sacred Riana is anything but traditional. Staying in character till the bitter end, this 27-year-old magician and illusionist from Indonesia not only failed to thank the fans, but she also refused to say a single word. Instead, Sacred Riana’s exit interview (watch below) simply features her giving creepy looks to the camera. And she wouldn’t have it any other way. I think Sacred Riana fans and magicians were glad she
didn’t break character.

Despite her undeniable impact on “AGT” Season 13, Sacred Riana only performed three times before she got eliminated before  the live shows. During her audition she made a ghost appear behind Mel B in a photograph, then in the Judge Cuts she made her imaginary friend real. Finally, in last week’s Quarterfinals, Sacred Riana conjured up several other creepy Asian girls before climbing backwards up a wall which was beyond freaky.

Indonesian magician and illusionist the Sacred Riana left America’s Got Talent fans spellbound with her run to the quarterfinals, and her videos have attracted hundreds of millions of viewers across YouTube and Facebook.

Now the 27-year-old is getting a show of her own, thanks to a collaboration between Fremantle and Wahana Kreator Nusantara.

The Future for Sacred Riana

The Sacred Riana: Bedtime Stories is an English-language, Asian horror anthology series set around the continent and inspired by folklore and urban legends,” the companies said in a joint statement released Tuesday. “Each self-contained, stand-alone episode has a unique cast and storyline, delivering Asian horror to a worldwide audience.”

The Sacred Riana first gained international attention with her winning run on the second series of Asia’s Got Talent in 2017, the region’s own version of the Simon Cowell-created American hit. She is a perfect choice for this show.

The artist creeped out audiences with her plays on a character who leans heavily on the influence of the Japanese horror classic The Ring (1998), with a matching doll that’s a nod to the Hollywood hit The Conjuring (2013). The series in development will also feature her magic and illusions, according to a statement to the press.

“The fact that we are developing an international drama for the world stage, led by an Indonesian superstar such as the Sacred Riana, just shows us all how our industry is changing and great content can come from all corners of the world,” said Chris Oliver-Taylor, Fremantle’s CEO for Asia Pacific.  The magicians we have talked to seem to lover or hate
Sacred Riana, there is not a little middle ground with this creative performer.

The partnership is also developing Ex Addicts, a romantic comedy series centered around the lives of people who can’t get over their exes. Both shows are slated to hit markets toward the end of 2018, according to press release.

We are going to hear about Amazing Riana for many years, and we will keep this page
updated with the latest news, so check back!

An Interview with Riani by Richard Kaufman 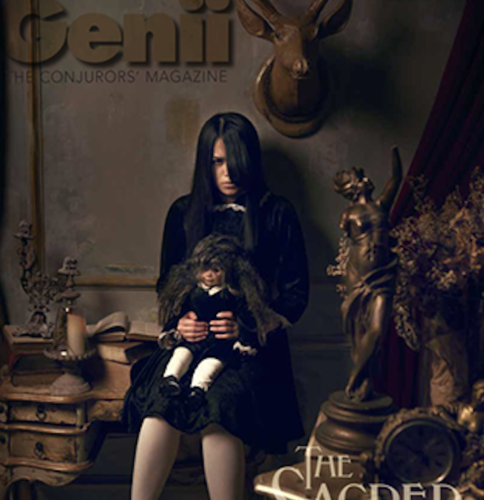